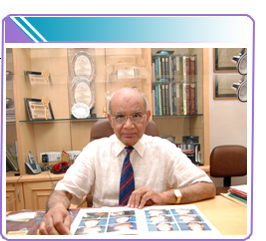 It is difficult to believe that the man who initiated All India Rhinology society is no more. He was the single most important person to popularize Rhinoplasty in India. He will always be remembered as Father of Indian Rhinoplasties.


Being associated with him for last seven years , I wish to honor him with the title 'MASTER OF CARTILAGES'. He was fine sculpture artist of upper and lower lateral cartilages. He was strong supporter of closed rhinoplasty techniques and He used to do all extensive cases under local anesthesia, which is again an art. His presence in operation theater was good enough to make all things fall in place.

So much confidence he generated among patients that there are generations of families which he had operated. His hands and luck were God gifted. He was a very religious person.


His Rhinoplasty and endoscopic sinus surgery courses were extremely popular in India and abroad and he conducted such courses for 38 years!


His book on Rhinoplasty remained popular for beginners. I realized it`s importance once I assisted him during surgeries. The book was sheer outcome of his vast experience.


He had been president of association of otorhinolaryngologists of India and All India Rhinology society.

He was a true fighter in personal life also. He fought his terminal illness with dignity and grace. He was active in his work till last month. Death is immortal but the way he braved his illness should be lesson for others.
The greatest concern now for me goes to Mrs Sood who was the force behind this man. I pray God to give her strength and the family to overcome his absence.


May God rest his soul in peace. 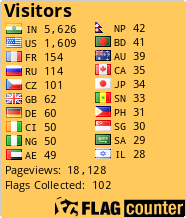